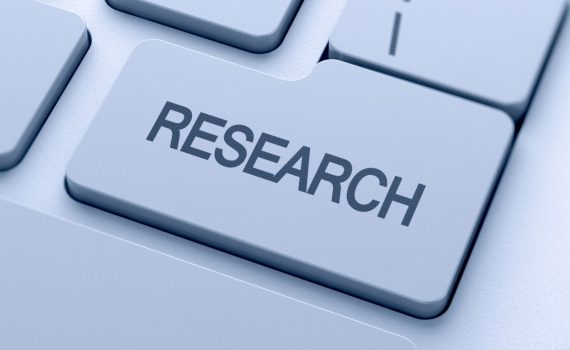 Nov. 4, 2015 – In an effort to help community college teachers get their students more interested and involved in STEM-related research, a UC Irvine civil and environmental engineering professor has teamed up with the university’s Office of Access and Inclusion. The result is ROCCT – Research Opportunities for Community College Teachers – a three-year, $600,000 National Science Foundation grant that designates UCI as a Research Experience for Teachers site, and the gathering point for participants from four local community colleges: Irvine Valley, Saddleback, Cypress and Fullerton.

The program, which begins next summer, will hone in on innovative research projects aimed at fighting drought. A local government agency, Orange County Watersheds, is partnering with UCI and the four community colleges.

The Samueli School’s Stanley Grant is the project’s principal investigator, and OAI’s Sharnnia Artis is the co-PI. Together, they are designing the nine-week summer program, which will encompass hands-on research and a workshop to help participants translate what they’ve learned into engaging science and engineering curricula.

“Community colleges are one of the richest pools of underrepresented, first-generation college students,” Artis says. “These four colleges are all within 20 miles of UCI and they service a diverse population of students. If we can help get these students interested and engaged in STEM-related research, we think that will encourage them to continue their educations, whether here at UCI or elsewhere.”

ROCCT will be a sister program to one of Grant’s ongoing projects – the NSF-funded UCI Water PIRE (Partnerships for International Research and Education), a multicampus, multinational effort to increase knowledge and understanding of sustainable urban water systems. PIRE involves undergraduate students, graduate students and postdoctoral scholars in water-related research as a way to equip a new generation of engineers, scientists, policymakers and educators with multidisciplinary skills.

ROCCT will support 10 community college teachers each year – a total of 30 – who will be selected after a comprehensive application process. Alongside the PIRE students, they will participate in a one-week sustainability “boot-camp,” designed to improve their understanding of laboratory methods, safety procedures, research ethics and key topics in urban water sustainability.

For the ROCCT participants, boot camp will be followed by six weeks of hands-on research led by UCI faculty, graduate students and industry partners. The program will conclude with a two-week curriculum workshop, held in conjunction with UCI’s Teaching, Learning & Technology Center, which will help the teachers create compelling science and engineering lessons to take back to their community college students.

“We believe by tackling sustainability problems of topical interest, we can bring immediacy and relevance to community college classrooms,” says Grant. “Research shows this can improve student STEM participation.” 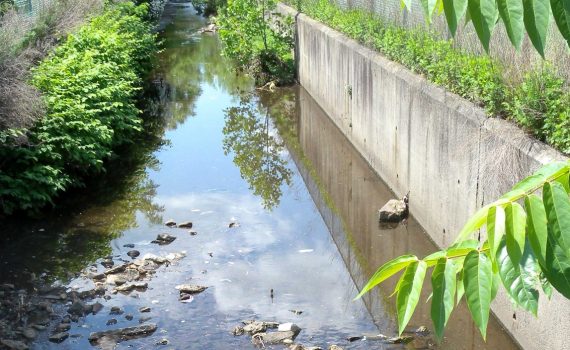 Distributed, green technologies to divert excessive stormwater flows from urban streams are common in many parts of the world, but the U.S. has been slow to adopt them. November 3, 2015—As urban areas have increased in density and sprawled outward over the past decades in the United States, the extensive conversion of green spaces into impervious surfaces, coupled with the infrastructure installed to manage stormwater flows, have created a growing problem known as urban stream syndrome. During heavy rain events, urban streams experience exceptionally high flows of contaminated water-but nearly run dry at other times.
featured image A canal that once connected California reservoirs to agricultural land now lies all but dry, as do many water sources that have fallen prey to urban stream syndrome. Low-impact development and strategies for capturing and reusing stormwater can help solve the problem new research reveals.

In drought-stricken California, a research team from three campuses of the University of California recently collaborated with practioners from government and colleagues at the University of Melbourne to learn more about low-impact development (LID) strategies to restore urban watersheds to a more natural balance.

“Urban stream syndrome is seen in all urban areas, but the character varies based on climate,” says Stanley B. Grant, Ph.D., A.M.ASCE, a professor of civil engineering at the University of California, Irvine. “The challenge we face in Southern California is that we get a lot of runoff in a fairly short period of time in the winter. [We have] huge volumes of water hitting the ground.

“Historically we’ve dealt with this excess water by making our drainage system hydraulically efficient and moving as much water to the ocean as quickly as possible—which was a reasonable response to the problem,” he explains. “It made sense when we started doing that back in the early 1900s.”

But with California in the grip of an extended drought, this strategy requires reconsideration. If cities can find ways to capture and reuse that stormwater, they will have created a new source of water to help offset droughts. “The problem is that we’ve developed a system that is now intrinsic to the urban fabric. Our challenge is to somehow unwind that with distributed green infrastructure—and that’s not trivial,” Grant says.

The LID technologies that the team studied, already used extensively in Melbourne, include roof catchment systems that feed water into large tanks, permeable pavement and unlined biofilters that can recharge underground aquifers, and green roofs that reduce the amount of water that ultimately enters urban streams.

“The optimal technologies are going to be very climate- and location-specific, but they are out there,” says Grant, who notes that some areas of the U.S. East Coast could benefit greatly from individual roof catchment systems, whereas California would likely need to utilize larger underground storage. “The emphasis is really on distributed systems,” Grant says. “That’s a common denominator—as opposed to the approach we have been taking in the engineering community, [which is] very focused on centralized systems.”

The team recently published a critical review of LID technologies and the growing body of research on them in the journal Environmental Science & Technology. Grant is the corresponding author of the review, “From Rain Tanks to Catchments: Use of Low-Impact Development to Address Hydrologic Symptoms of Urban Stream Syndrome,” which was funded by a grant from the National Science Foundation.

In the environmental flow-management approach, researchers determine how a watershed would have functioned in preindustrial times. They then develop a plan to take the additional water that now flows through the stormwater system and allocate it to LID interventions.

The review notes that although many countries use captured stormwater for such in-home functions as toilet flushing or laundry, in most areas of the United States those types of applications are forbidden by plumbing codes or regulations. Public resistance also plays a role.
“There are legitimate concerns, which can lead to inaction instead of solutions,” Grant says. “Some of those relate to concerns over cross-connections. If you have an amateur plumber doing a redesign they could inadvertently connect the rainwater tank to the water supply line and lead to contamination.”

Still, he points out, other areas of the world have found that public education campaigns and construction inspections have alleviated those concerns. In Australia, for instance, rainwater harvesting is a $500-million industry; 5.1 million residents own a rainwater tank, according to the Rainwater Harvesting Association of Australia.

The team’s next research effort will do just that. Grant plans to bring together his students and colleagues with the many stakeholders in Orange County, California—consultants, stormwater managers, lawyers, public health officials—to determine the barriers to larger-scale adoption of LID strategies there.

“I think it’s going to be a great learning experience for everybody,” Grant says. 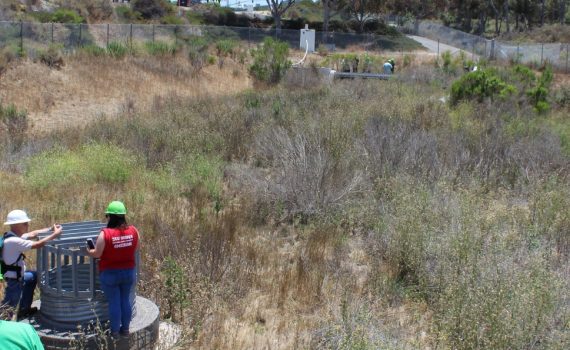 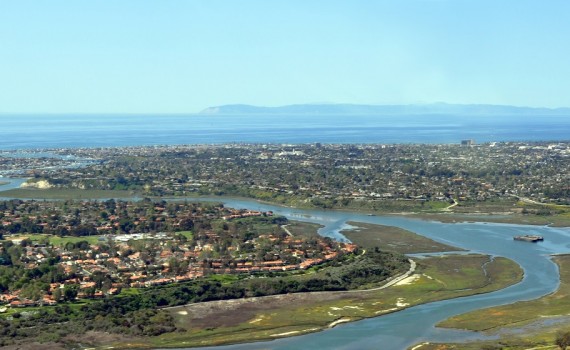 UCI Water PIRE Research on the Impact of Runoff on Receiving Water Quality Gets More Press.

A component of UCI Water PIRE’s K-12 outreach program was called out by the White House, in a press release entitled “Lifting America’s Game in Climate Education, Literacy, and Training”.

“If you believe, like I do, that something has to be done on this, then you’re going to have to speak out. You’re going to have to learn more about these issues… You’ve got to educate your classmates, and colleagues, and family members and fellow citizens, and tell them what’s at stake.” — President Obama, June 2014, Remarks at the University of California-Irvine Commencement Ceremony

Under President Obama’s Climate Action Plan, important steps have already been taken to cut carbon pollution, prepare for the impacts of climate change, and lead international efforts to fight this global challenge. Continued progress into the future will depend on ensuring a climate-smart citizenry and a next-generation American workforce of city planners, community leaders, engineers, and entrepreneurs who understand the urgent climate-change challenge and are equipped with the knowledge, skills, and training to seek and implement solutions.

That’s why today, in support of the Obama Administration’s steady efforts to address climate change, the White House Office of Science & Technology Policy (OSTP) is launching a new Climate Education and Literacy Initiative to help connect American students and citizens with the best-available, science-based information about climate change.

The Initiative is kicking off with a roundtable discussion at the White House, convening key leaders in the education community from government, academia, philanthropies, non-governmental organizations, and the private sector to discuss ways to enhance climate education in the United States. The discussion will focus on planned and potential efforts to: increase learning opportunities about climate change for students; equip educators with science-based information and resources; enhance climate-related professional development and training; and engage citizens through place-based and informal climate education.

Through the Climate Education and Literacy Initiative, the Obama Administration is asking leaders across sectors to step up and help lift our Nation’s game in climate education. In response to an initial call to action made in October, more than 150 activities, projects, and ideas were submitted by individuals and organizations across the country, from more than 30 states. These included a diverse array of innovative approaches being implemented in K-12 classrooms, on college and university campuses, and in zoos, parks, aquariums, and museums to educate and engage students and citizens of all ages. Today’s launch includes a number of exciting new commitments by Federal agencies and outside groups.

University of California, Irvine (UCI). In January 2015, the Global Sustainability Resource Center will host UCI’s first retreat for undergraduate students enrolled in the Global Sustainability Minor – enabling approximately 40 students to build their skills in strategic questioning, community visioning, action planning, and climate communication. The Resource Center will lead a similar training in Spring 2015 with high-school students in the Anza Borrego desert region, and in Summer 2015 with incoming students through UCI’s Summer Institute for Sustainability Leadership. At the grade-school level, UCI’s Water Partnership for International Research and Education H2Outreach, a graduate student-led educational program, will design an interactive activity to turn more than 700 local elementary-school students into water engineers and scientists for a day in Spring 2015, teaching them about environmentally friendly ways to manage water in the face of a changing climate.

UPP Down Under Group Makes the Newspaper in Australia! Click Here for the Article. 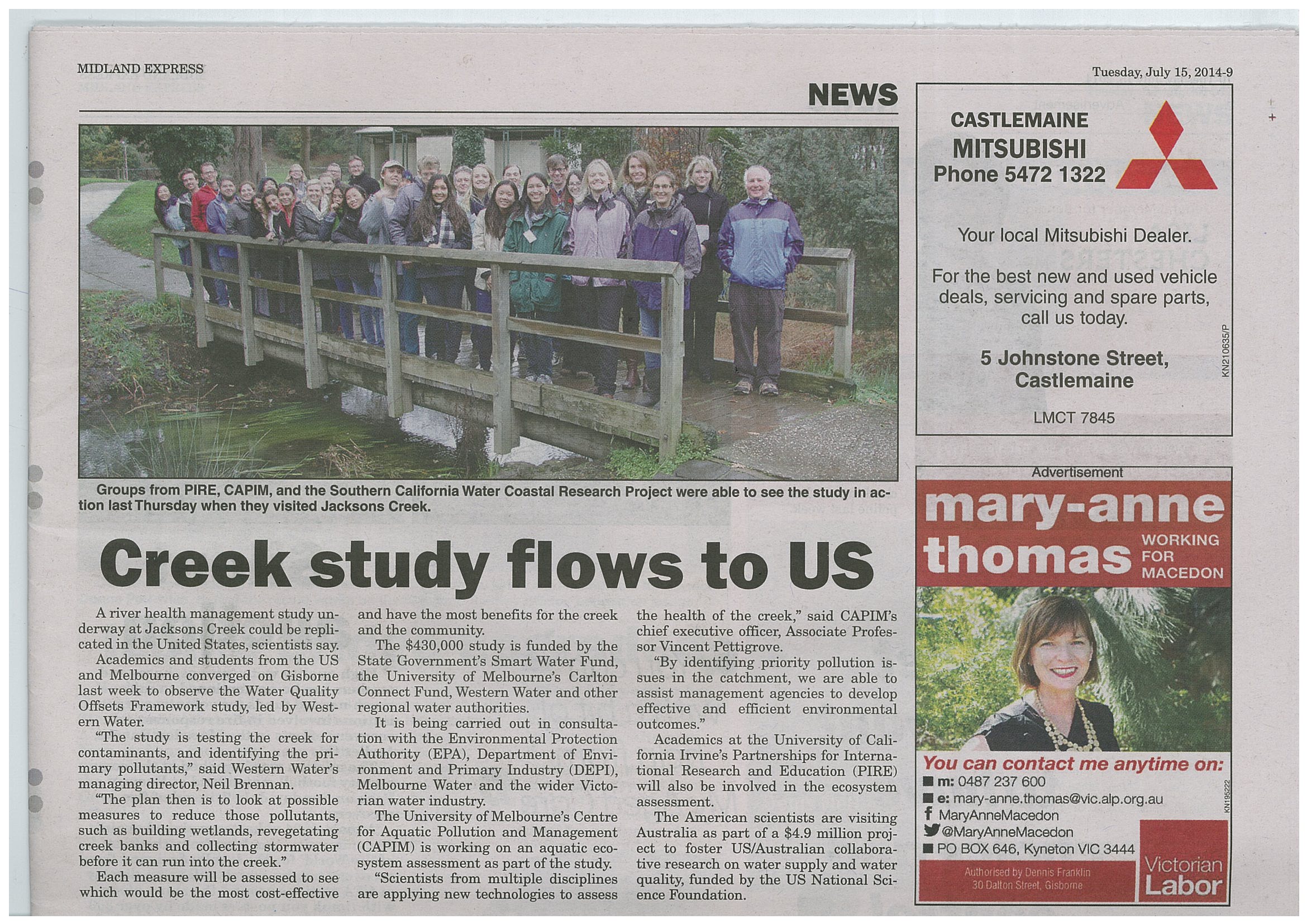 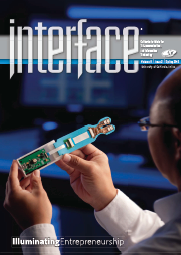 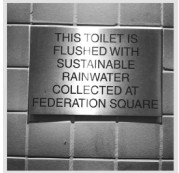